With the holidays just around the corner, I want to take a moment to celebrate you.
Because of you, we helped more than 93,000 families this year in the wake of home fires and ther emergencies.

Because of you, we installed more than 125,700 smoke alarms through our home fire campaign. 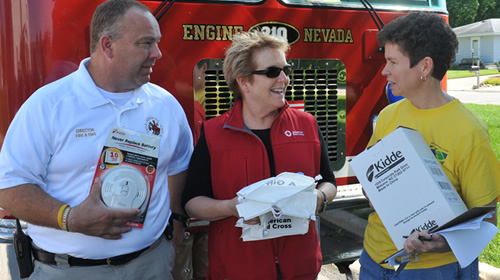 Because of you, the Red Cross is always ready to respond to disasters big and small with care and comfort for those who need it most. See how people like YOU helped make a difference in this video of Red Cross disaster response efforts in 2015.

I’m so grateful to count you as one of our dedicated supporters. Without you, our work would simply not be possible.

Best wishes to you and your family this holiday season, from the staff and volunteers at the American Red Cross Gold Country Region. 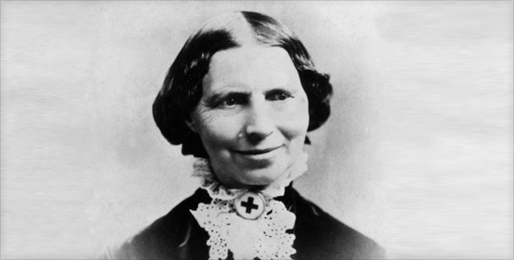 The U.S. Department of the Treasury recently announced a redesign of the ten-dollar bill, to include a notable woman as the new face of the bill. Many minds at the Red Cross jumped immediately to our founder, Clara Barton. Here is a brief summary of who she was!

Barton is one of the most honored women in American history. She was a schoolteacher and also one of the first women to work for the federal government.

Risking her life, Barton offered support, food and supplies to soldiers who were fighting in the Civil War. In 1870, during the Franco-Prussian War, Barton used her expertise to help distribute relief supplies and set up stations where work could be done.

On May 21, 1881, Barton and a group of like-minded individuals founded the American Association of the Red Cross, and she led it for 23 years! The Red Cross received its first congressional charter in 1900 and a second in 1905.

Since then Barton published several books pertaining to the American Red Cross. She had a special interest for things that would promote a better future for all like education, prison reform, women’s suffrage, civil rights, and even spiritualism.

Barton has contributed so much to so many, and her devout love for humanity along with her willingness to serve others was revealed time and time again through her actions, and resulted in enough achievements to fill several ordinary lifetimes.

For more information on the history of Clara Barton visit, http://rdcrss.org/1jMbimy

At the Red Cross, we understand how one dedicated person – despite the odds or circumstances – can have a profound effect on a community or an individual. For Chicago Red Cross Volunteer Laura Landoe, the difference she makes is quiet and intimate.

Landoe is one of a handful of volunteers who work with the No Veteran Dies Alone program at the Captain James A. Lovell Federal Health Care Center at Great Lake Naval Station in North Chicago, Illinois. The No Veteran Dies Alone is a palliative care program designed to provide the best quality of life for patients who no longer respond to medical treatment at the Department of Veterans Affairs medical facilities across the country.

Landoe’s role is to provide companionship and assistance, giving constant bedside comfort and most importantly, ensuring that no veteran faces death alone. There are times she holds a veteran’s hand, talks with them, reads to them and sometimes, sings hymns to them.

This Memorial Day as we fire-up the grill, head for the swimming pool, gather with family, and celebrate the start of summer, let us stop and remember the real reason for this holiday. It’s an opportunity to honor the men and women who have given their lives in service of their country while serving in the U.S. Armed Forces – and people like Landoe who serves our country in her own special way.

For more information about Services to the Armed Forces at the American Red Cross Gold Country Region, click here.