Congratulations to our latest Certified Nursing Assistant graduates. These 13 students graduated on August 14 and all earned a place on our honor roll in the top 95-100%!

If you are interested in enrolling in CNA training, visit this link. 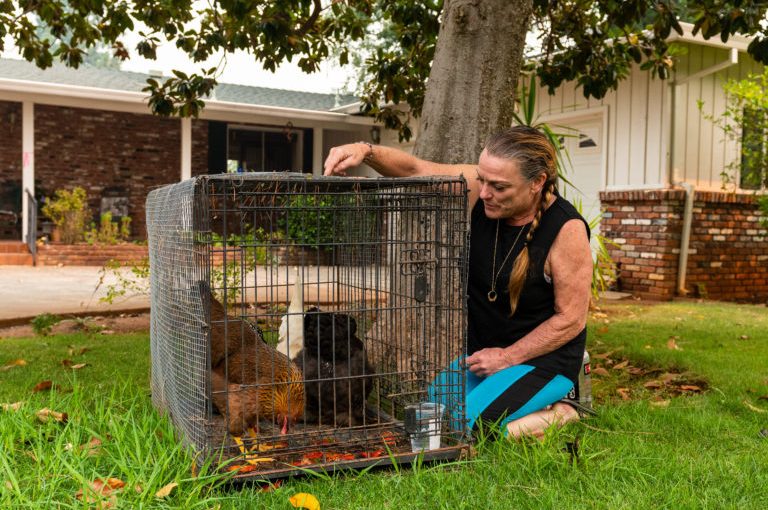 Los Angeles-based Red Cross volunteer Carmela Burke recently completed her deployment to the Carr Fire in Redding where she assisted the public affairs team. While there, she got the chance to interview Terry Zeller, a resident whose home burned in the fire.

But thanks to the help from firefighters and the support of friends and neighbors, Zeller said, “All is not lost.”

“I couldn’t believe it could happen twice.” That’s how Heather Hournay, an Event Based Volunteer with the American Red Cross, began our conversation.

Heather and her family reside in Redding, California. She explained that on Friday the 13th in January, 2017 she and her family were sleeping when her husband awoke and discovered a fire in the ceiling of their daughter’s room. Just as the family had everyone and all the pets out of the house there was an explosion and the home was destroyed.

Heather said her church contacted the Red Cross and a Disaster Action Team arrived at her home. Red Cross volunteers offered the family comfort, gave them much-needed hugs and offered them assistance to get through the next few days. The family began their road to recovery.

Fast-forward to Thursday, July 26, 2018. The Carr Fire began moving toward her new home. Heather and her husband gathered their children, their pet rabbit, Guinea pig and dog and fled to a friend’s home.  As of today she is unsure if she has a home to return to.

Knowing her family was safe, Heather began searching for a place she could help others affected by the fire. She found the shelter at Shasta College that was helping evacuees. She found the Red Cross new volunteer intake area and applied. “It only took about 15 minutes and I was an official Event Based Volunteer,” reported Heather. Immediately she began talking to evacuees, offering a sympathetic ear and when appropriate, a hug. Heather said she has laughed and cried with other in the same situation she finds herself.

When asked she had decided to volunteer, Heather said, “I just had to work and serve to get through this.”