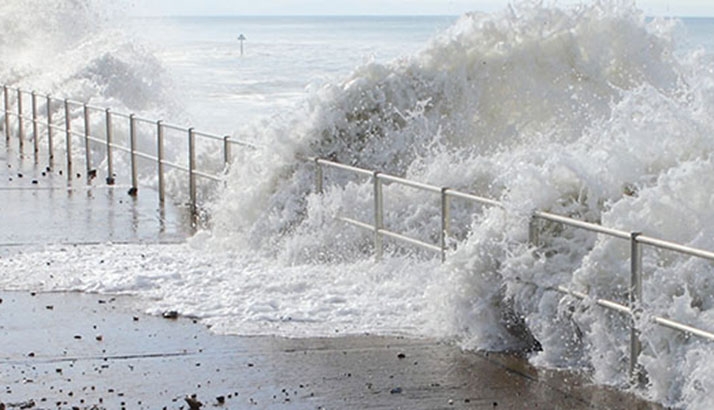 Residents of the Northern Mariana Islands are facing the devastation left behind by Super Typhoon Yutu, which crashed into the United States territory Wednesday with sustained winds of 174 mph, leaving massive destruction in its wake. The American Red Cross is responding to help those who have been impacted by this deadly storm.

Reports are that half of the island territory is destroyed. People have no power or water and it could be months until power is restored. Estimates show as many as 6,000 homes destroyed and another 12,000 impacted by the storm. In addition, ports and airports are closed. The airport in Saipan sustained significant damage and only humanitarian and military flights can get in.

“Water and power are out, and many Red Crossers have major damage to their homes,” reported John Hirsh, executive director of the Red Cross in the region. “They are going to need our assistance as are the people of Tinian and Saipan.”

The islands are located southeast of Japan and are divided into two U.S. jurisdictions – the Northern Mariana Islands and the territory of Guam. This is the strongest storm on record to hit the islands and homes as well as critical infrastructure have been destroyed, leaving many people displaced. Almost 1,000 people are seeking safety in numerous government-run shelters which are at full capacity with the number of people needing shelter expected to rise.

Relief and recovery efforts are now underway but continued bad weather and the storm’s devastation are making it difficult. The Red Cross has staff in both areas who are operating with generator power and more help is on the way. Red Cross workers are teaming up with the office of the governor and FEMA to assess the damage and will be providing relief supplies. The Red Cross on Guam will serve as a staging area to get disaster workers and relief supplies to where they are needed.

HOW YOU CAN HELP The Red Cross works 24/7 to be ready to respond to disasters such as hurricanes and typhoons. Please donate to the Red Cross now to help. Your gift enables the Red Cross to prepare for, respond to and help people recover from disasters big and small. Visit redcross.org, call 1-800-RED CROSS or text the word REDCROSS to 90999 to make a $10 donation.

CORPORATIONS HELP The generous donations from members of the Red Cross Annual Disaster Giving Program (ADGP) and the Disaster Responder Program enable the American Red Cross to prepare communities for disasters big and small, respond whenever and wherever disasters occur and help families during the recovery process.

About the American Red Cross:

The American Red Cross shelters, feeds and provides emotional support to victims of disasters; supplies about 40 percent of the nation’s blood; teaches skills that save lives; provides international humanitarian aid; and supports military members and their families. The Red Cross is a not-for-profit organization that depends on volunteers and the generosity of the American public to perform its mission. For more information, please visit redcross.org or cruzrojaamericana.org, or visit us on Twitter at @RedCross.