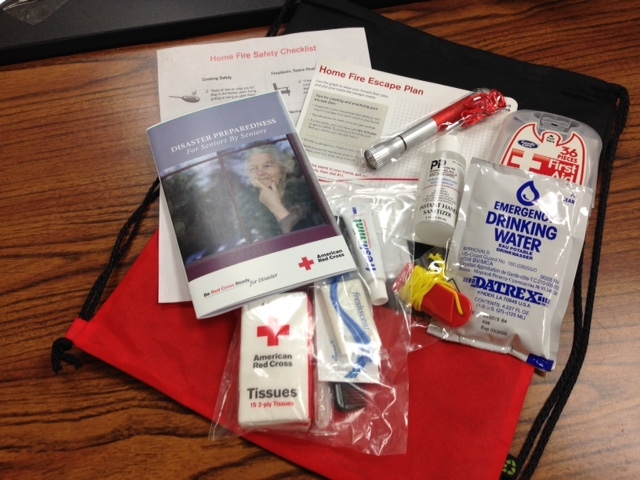 Even if you’re not great at math, this equation makes sense.

Recently, Red Cross volunteers gathered in the Modesto office to assemble 1,200 information kits for distribution to area seniors. The preparedness items and safety information were provided with support from The Department of Homeland Security (DHS), as part of an effort to better prepare seniors and other home-bound individuals for emergencies.

But how to get these important kits into the hands of seniors? Modesto Red Cross staffer Victoria Donoso has both a passion for serving elders and close ties with Catholic Charities in Modesto, which administers many programs for seniors, including transportation. Victoria reached out to her contact at Catholic Charities and a plan was soon formed.

In short order, Red Cross volunteers assembled the bags and delivered them to Catholic Charities. Soon the kits were on their way to the people who could best use them. Many were delivered by members of the Retired Senior Volunteer Program (RSVP) who often support the Modesto Red Cross office. RSVP volunteers receive the added benefit of reimbursement for their mileage logged in service to seniors. 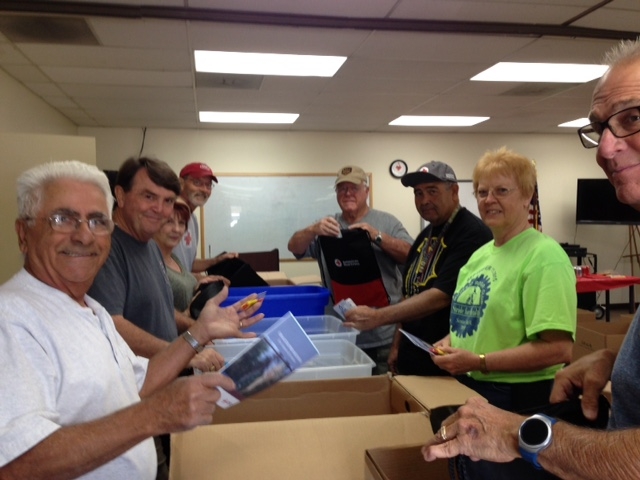 + The Red Cross fulfills its mission of preventing suffering

=  Most importantly, 300 seniors will be better equipped to contend with a disaster if one should occur.