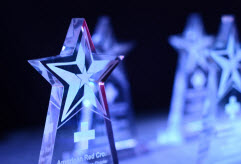 The American Red Cross Capital Region is honoring community members who have performed extraordinary acts of courage. These Heroes from Sacramento and Yolo Counties will be recognized at the 13th Annual Heroes Luncheon to be held on Friday, December 13th at UC Davis Freeborn Hall in Davis, beginning at 11:00am.

As a community leader in emergency preparedness, prevention and response, the Red Cross Capital Region Chapter is proud to honor the following Heroes of Sacramento and Yolo Counties, who have taken action in a time of crisis to help others and show extraordinary human compassion:

K9 officer Bodie became a Sacramento hero after protecting his partners during a shooting. The incident took place during a car chase past a school yard and ended in a residential area. Brodie was shot twice, saving his officer partner. At only three-years-old, Brodie has been forced to retire due to extreme wounds from the incident. He is a hero and loved by more than 12,000 people on his Facebook page, where his story lives on.

In June of 2013, Linda Jimenez was rewarded a certificate of appreciation for tending to her neighbor who suffered from severe blood loss. Being medically trained, Linda quickly laid her neighbor down, elevated his legs, applied pressure to his wounds, and called 911. Linda’s immediate care for the victim’s severe wounds helped saved her neighbor’s life. 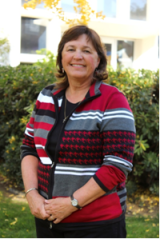 On a late October morning, Mary Schlosser was playing tennis in CityPark when a fellow player collapsed. Ms. Schlosser performed “Hands Only” CPR immediately and when AMR arrived, they shocked the patient and the patient quickly regained pulses. Without Mary’s quick action of CPR towards their fellow tennis player critical condition, the patient’s outcome would have been extremely different.

Steve Kelleher and Pete Craig noticed a small bike accident on the side of the road between Davis and Winters. Pete Craig noticed the man and quickly dialed 911. Moments later, Steve Kelleher noticed Craig standing by the man and quickly pulled over to perform first aid. He was transported to UC Davis medical center and was stabilized for five days while he was able to share precious moments with his family. 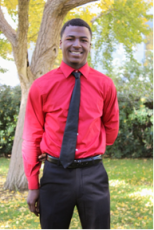 On June 6, 2013, Laquan was swimming at an apartment pool when he noticed a young child at the bottom of the pool. He took it upon himself to pull him onto the concrete. He gave him a few rescue breaths and performed CPR. When the fire department arrived, the child was alert and vomiting water. Due to Laquan’s brave actions, he saved the little boy’s life.

At six-years-old, Tayler Burkhat saved her mother after collapsing from an allergic reaction. Tayler called 911 and told them that her mother had fallen and needed help. When her family arrived to the house, Tayler was still on the phone with 911 while the ambulance was on its way. Tayler has proven herself to be a young hero to everyone.

After a long time employee became dizzy, she fainted and sustained a seizure with disorientation. Dr. Agee quickly came and evaluated the situation, and had the staff give an aspirin and call 911. She maintained an airway and had their employee transported to the best hospital for stroke and cardiac care. Dr. Agee’s involvement in Red Cross and disaster preparedness classes has prepared her for many situations, even when the staff needs medical attention. She has become a hero to patients as well as colleagues.

In addition to being a Chaplain of Sacramento Law Enforcement and active Technical Sergeant/Aircraft Loadmaster in the United States Air Force, Ryan Padgett speaks to young students about his experiences as an airman. Ryan works with American Red Cross to educate students about the help provided by the organization’s SAF activities.

Max Fregoso is the founder of the Fregoso Outdoor Foundation, which helps military veterans with Post Traumatic Stress Disorder (PTSD) and other physical disabilities. The organization helps veterans reintegrate into society by organizing outdoor events. Mr. Fregoso served in the army as a helicopter crew chief. 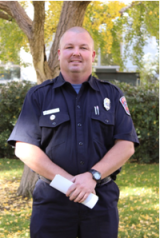 While shopping at Costco, Jason Leblanc noticed a commotion in the food court area. He found an eighty-two year old man down on the floor, pulseless and not breathing. Jason performed CPR and asked the Costco staff for an AED. He shocked the patient three times and transferred patient care to T-3 once they arrived. Jason performed this selfless act on his own time and save the man’s life, helping him regain life sustaining pulses.

In October of 2013, Zandra Guiten-Bellard witnessed a man get hit by an Amtrak train and quickly aided him. Zandra called 911 immediately and helped other bystanders assist the man after he had lost part of his leg. They used Zandra’s belt as a tourniquet, and wrapped his leg in a blanket. After the man was taken to the hospital, it was reported that the man was expected to survive. Without Zandra’s quick actions to aid the man, he might not have made it. 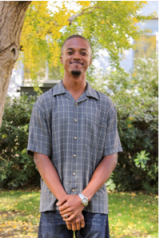 Caregiver Malik Bennet heard a smoke detector go off in the neighboring apartment. Malik went into the apartment and saw that the patient had been cooking and her night gown was ignited. He acted quickly and extinguished the fire by pouring water on the patient. Malik remained with the patient until EMS responders arrived to take over her care.

Hero of the Year: Mark diVittorio 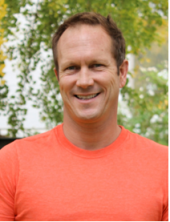 Mark diVittorio was kayaking down a river near Kyburz, when he noticed a sinking SUV after swerving off of the road and into the river. DiVittorio retrieved three children from the SUV and brought them to shore, and returned back to the SUV to help the wife keep her husband’s head above water. When the firefighters arrived, they peeled the roof of the SUV using the Jaws of Life to pull the driver out of the car. DiVittorio’s heroic actions helped save an entire family from a fatal situation.

Know a hero who should be recognized for their actions? Hero nominations are accepted year ’round. Just click on the nomination form and tell us about your hero and they may be honored at one of our annual Heroes events throughout the Capital Region.